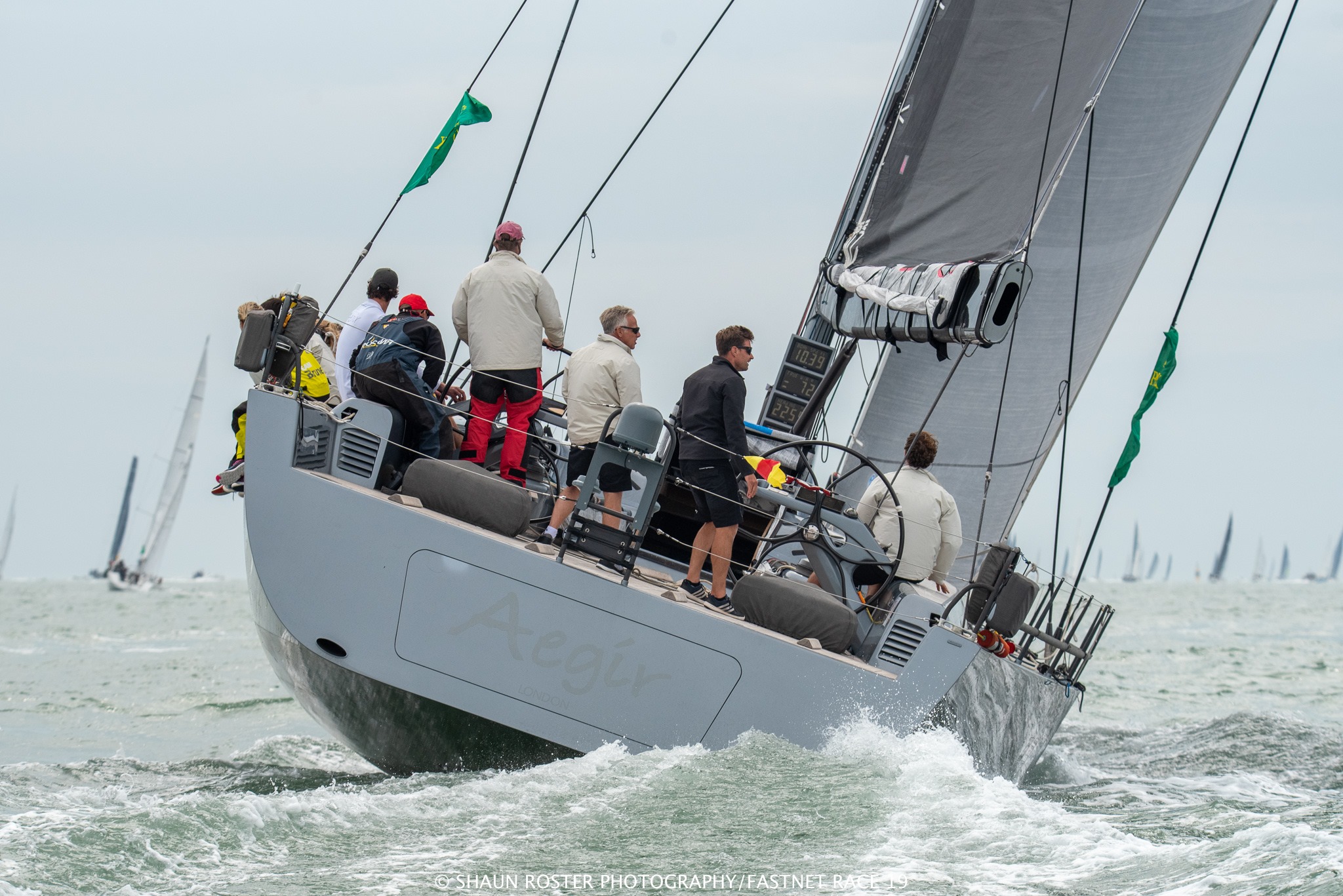 What a spectacle! The start of 400 boats leaving the Solent for the Fastnet Race at 15 minute intervals really is an impressive sight.

The difference this year was that the wind allowed us to exit the Solent in one hit. There was better breeze than expected and with so many boats ahead of us, as we were in the last start line, we had a good indication of what was to come down the track as we sailed into the rest of the fleet.

We started with our Code 0 deployed and rolled through the lighter patches of pressure until we reached Yarmouth and then, as expected, there was a small transition zone where the breeze increased and came forward on us. A quick change of head sail to the jib and we were off out of the Solent without a single tack or gybe. A fast exit.

We cracked sheets and settled on course along the South Coast trying to take advantage of the tidal relief at the next couple of headlands while it was still flowing in our favour. Once settled, we changed sails for a spinnaker. The 1.5oz kits didn’t last long in the air, but a quick change had us up and rumbling along with the A2 in no time.

It was great progress all the way to Start Point before conditions began to get tricky. This first night was full of light winds and the focus on just keeping the boat moving. We changed sails to the code 0 and then again to the jib as the wind slowly filled in from the north and rotated all the way round to the South West. This was the forecast breeze and we had made it, now we had to negotiate the rain activity in the clouds in the early hours. We spent Sunday morning off the Lizard Lighthouse fighting adverse tides with light winds on the nose. As the skies cleared between the clouds more and more boats came into view.

As the new wind filled in properly and tide turned to our favour once more, we passed the Scilly Isles and made our way across the Celtic Sea towards the rock.

We were at a fast angle with sheets cracked and a genoa staysail up inside the headsail. Winds increased and we changed headsails and popped a reef in the main to keep the boat fast forwards and not falling over.

The rock was rounded in the early hours of Monday morning, making it a great way to start crew boss Abby Ehler’s birthday. We were then on the fast track to the finish line. Once we cleared the traffic separation scheme at the rock we bore away and hoisted the A5 spinnaker. This was fast and needed some work to keep the boat on her feet. Beaten by the wind angle we eventually changed sails to the headsail and staysail combination that allowed us to come up 20 degrees to make the right course for Bishop Lighthouse. We were in good company with a couple of boats within sight making gains and losses to each other all day long.

The sun shone with some cloud activity bringing rain and showers and an increase in pressure with the wind averaging 18 to 22knots and building to 28 knots in the cloud activity. We had afternoon tea at the Scilly Isles where we peeled to the A4 spinnaker and surfed towards dinner at the Lizard lighthouse once more as the tide turned in our favour for the final leg of the race. Sailing towards Plymouth breakwater with a few gybes to keep us in the best tidal flow and the best line to cross the finish at 0016hrs on Tuesday morning.

We had a great race in difficult conditions for a heavy displacement boat like Aegir. The team were fabulous to sail with and we put in a great performance being the first displacement boat to cross the line. I had the opportunity to step up and join this team last minute due to an injury so I wish Youri a speedy recovery and thank the team of Clarke Murphy’s Aegir for welcoming me on board.

Previous Summer sailing
Next Sailing in the Solent
Dee Caffari