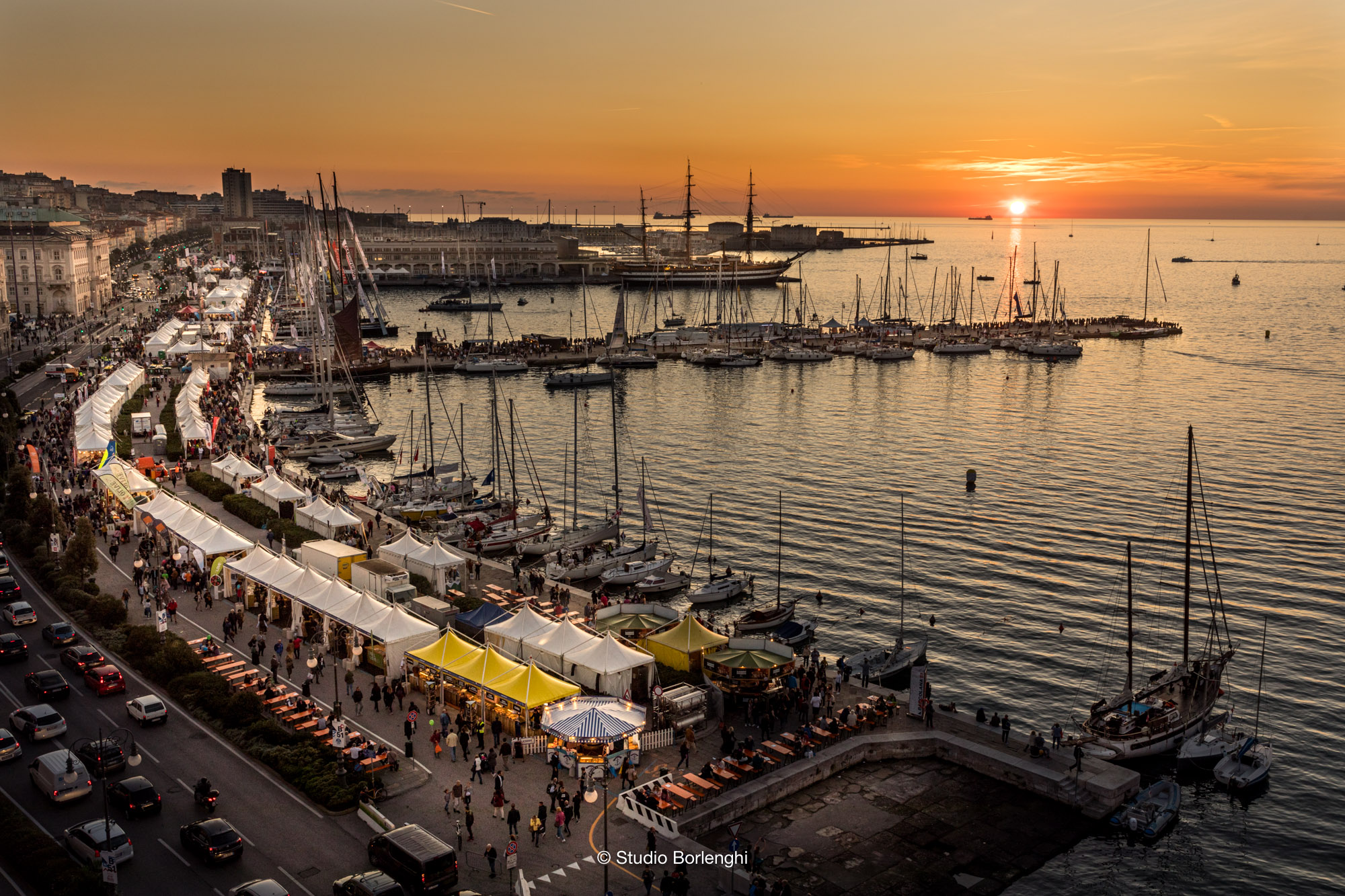 St Tropez on the French riviera is playground to the rich and famous and, at the end of September, is transformed into a yachting mecca.

Attracting classic yachts as well as hi-tech super fast modern yachts, they all have one aim – to go racing. The Les Voiles de St Tropez event boasts a huge entry list of yachts and attracts large crowds who want to view the action from the shore. The beautiful harbour is a great place to visit at the end of the day as the stunning yachts return home for the evening.

During the day the sailors pit their wits against the weather and each other on the race course. Come the evening, the relaxing waterfront entices visitors with rosé wine, fresh sea food and evening entertainment. What’s not to love!

North Sails are the official clothing supplier for the event and, as their ambassador, I was invited to St Tropez to host their clients. We were lucky enough to get out on the water to view all the action on the race course and then enjoyed all the delights St Tropez has to offer ashore afterwards. The location really is a stunning backdrop to this famous regatta which is why it is enjoyed by sailors and non-sailors alike.

Then it was goodbye France and hello Italy as I headed over to Trieste for another regatta. I was about to take part in the largest sailing regatta in the world – the Barcolana. This incredible seventeen mile race takes place annually and attracts over 2000 boats. That would be a large number of entries for a staggered start but with the Barcolana, competitors all start together. I had seen aerial footage of the event before but being in amongst that number of yachts was quite incredible.

In an ideal world and with this number of boats all starting together, you would like to have enough wind to make racing exciting but not so much that it is dangerous out on the water. Sadly, this year we were forecast really light winds and I think the most we saw was 3 knots. Although this meant relatively stress free racing, inevitably we all wanted to be on the start line on time and be as competitive as possible, despite the conditions. The start line itself is two miles long with boats literally stacked up side by side, often with a fender available should a fellow competitor get too close.

I joined the team onboard Woodpecker Cube, a Swan 90 owned by Alberto Rossi, who is a J70 champion. They were a great crew and we had the official sponsor of the Barcolana, Generali, as our guests onboard.

Due to the weather conditions, the race was shortened to the second mark, so I will have to return next year in the hope that there is more wind and I get to sail the whole course. However, even without the wind, it was a lovely day and quite a spectacular event to take part in. I would highly recommend this regatta as it is remarkable to both watch and participate in. You have got to see it to believe it!